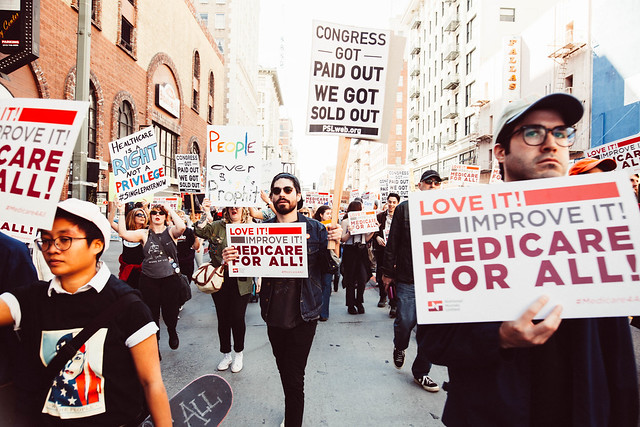 Ike McCorkle supports expanding, improving and providing Medicare for all Americans. Not only is it the moral thing to do, to protect the health of all Americans and remove a system that allows companies to profit off of death, but it saves every American money, small businesses money, and streamlines the administrative costs and systems that prevent people from choosing their own doctors, doctors from prescribing their first choice treatments, and so much more of the red-tape our predatory for-profit system currently burdens us with.

We believe we can reign-in drug prices and join every other developed nation on Earth in providing healthcare as a right, and no longer be the country that pays the most for healthcare with the worst results.

A majority of Americans on both sides of the aisle, as well as independents and third-party members, agree that Medicare For All must be delivered. By electing Ike McCorkle to Congress, we gain another fighter for that cause, in a Congress with far too many politicians bought and paid for by the insurance and drug lobbies. It’s time to put people before profits.