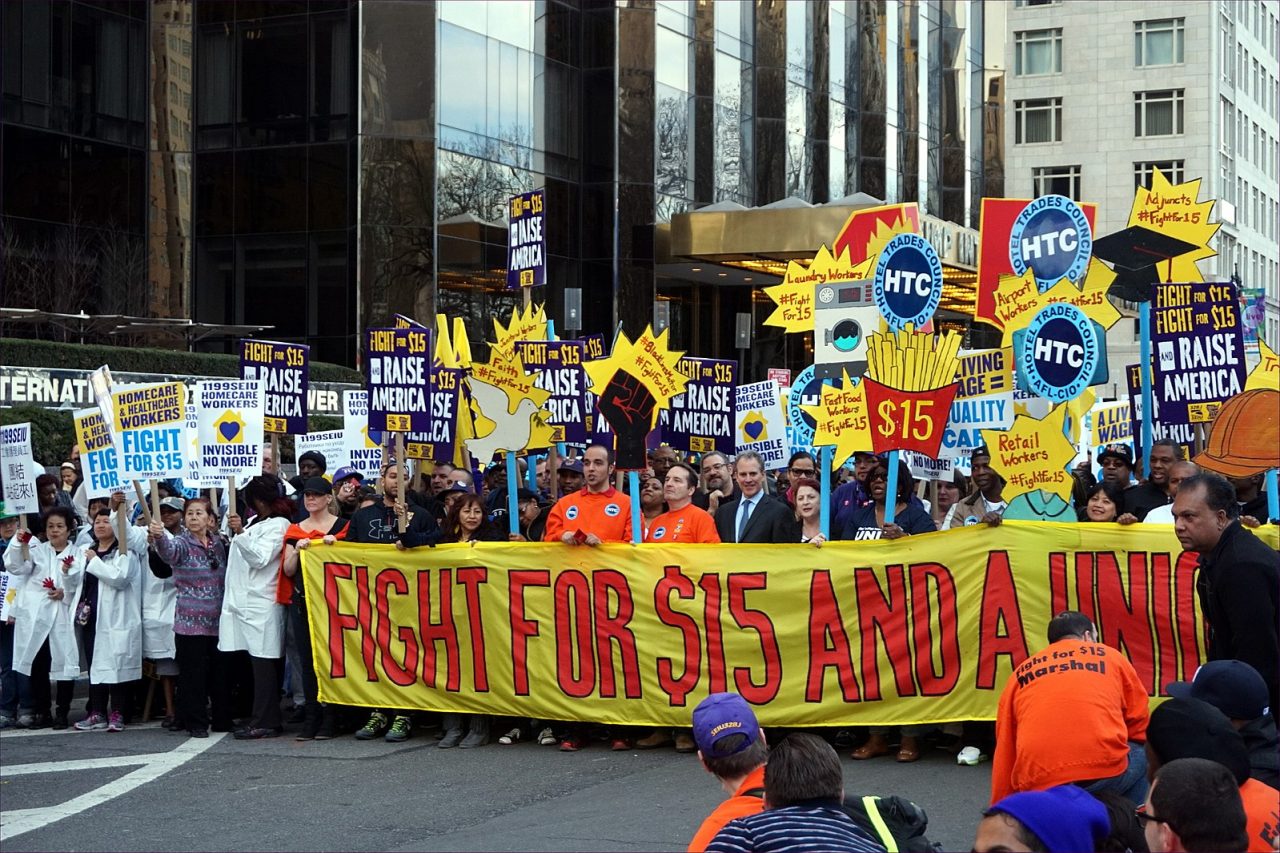 Ike McCorkle believes that the Fight for $15 is just the beginning and that minimum wage must be tied to the rate of inflation. Too many Americans are working too many jobs just to scrape by while paying rising rents, mortgages and other living expenses, while their wages haven’t increased in decades. If a business can’t afford to pay the American worker a living wage, they’re not actually a profitable business model. If a company can pay CEOs bonuses but not their workers living wages, their priorities are clearly anti-American and they must restructure. It’s time for the Federal government to reign in these exploitative practices of labor abuse and invest in the American worker again. No parent working full-time should have to worry about how to keep a roof over their kid’s house. That’s obscene and immoral. It’s far-past time for action, and if elected, Ike McCorkle will fight for a fair living wage for all Americans, tied to the rate of inflation, so we never again go decades without increasing the minimum wage, as prices on everything else rises.

Statistics show that upward mobility is no longer happening. The poor stay poor, mostly because of poverty wages. Quality of life is on the decline for Americans for the first time. Life expectancy is on the decline for the first time. It’s past time to reverse trajectory and to invest in America and Americans again. This isn’t just the moral thing to do, it’s the right thing for our economy. As poor and working class folks do better financially, they buy the things they need, they get the education they need, they invest in cars and homes, they start their own entrepreneurial efforts. We have seen America decline for two generations while chasing the myth of trickle-down economics. It’s time to use trickle-UP economics to repair America’s economy and give poor and working class Americans a fighting chance at upward mobility and an American dream.

previous
Medicare For All
next
Gun Rights vs. Gun Control