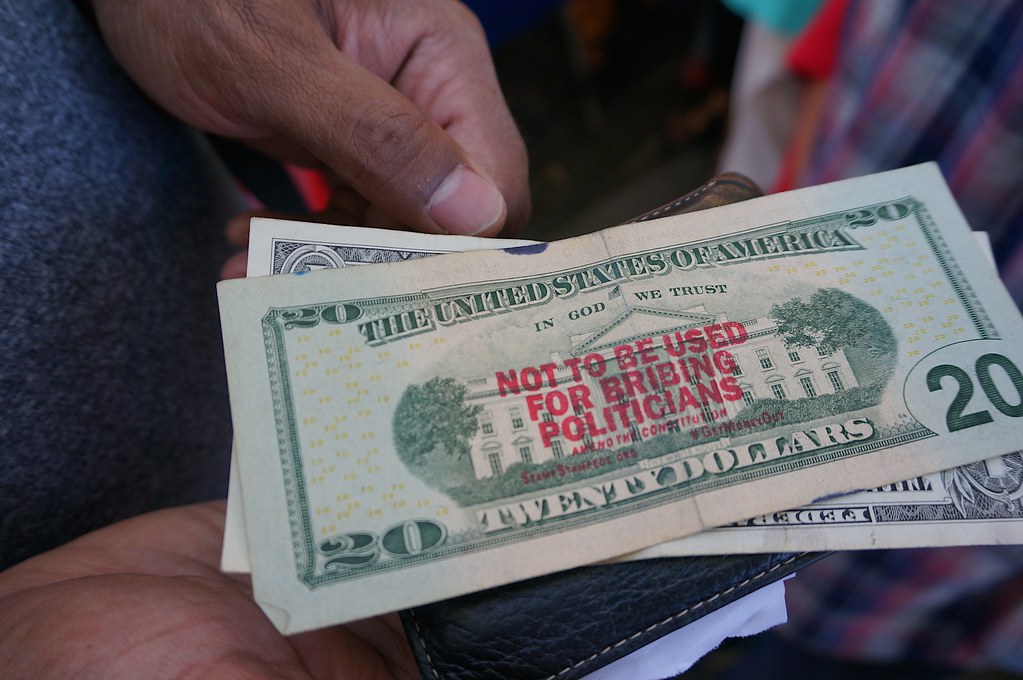 When President Dwight D. “Ike” Eisenhower left office he warned us in his address to the nation of the dangerous potential for the Congressional Military Complex (CMIC) to corrupt the motivations of legislators to serve the will and best interests of the people. Those fears came to fruition as undue influence has pervaded the legislature corrupting the impetus of those whom serve.

The Citizens United decision hinges on an absurd notion that money is speech, corporations are people, and giving huge piles of undisclosed cash to politicians in exchange for access and influence does not constitute corruption. Ike McCorkle believes different and that no public servant should be bought and paid for.

The situation has become so absurd that super PACs, which theoretically operate independently of the actual candidates, have more money and more influence over campaigns than the candidates themselves.

We are talking about a rapid movement in this country toward a political system in which a handful of very wealthy people and special interests will determine who gets elected or who does not get elected. That is not what this country is supposed to be about. That was not Abraham Lincoln’s vision of a government of the people, by the people, and for the people.

The need for real campaign finance reform is not a progressive issue. It is not a conservative issue. It is an American issue. It is an issue that should concern all Americans, regardless of their political point of view, who wish to preserve the essence of the longest standing democracy in the world, a government that represents all of the people and not a handful of powerful and wealthy special interests.

Our vision for American democracy should be a nation in which all people, regardless of their income, can participate in the political process, can run for office without begging for contributions from the wealthy and the powerful.

Our vision for the future of this country should be one in which candidates are not telling billionaires at special forums what they can do for them.

Our vision for democracy should be one in which candidates are speaking to the vast majority of our people – working people, the middle class, low-income people, the elderly, the children, the sick, and the poor – and discussing with them their ideas as to how we can improve lives for all of the people in this country.

Getting big money out of politics is vital, but much more needs to be done to restore our democracy. We must ensure all Americans are guaranteed an effective right to vote. Campaign finance reform must be accompanied by efforts to strengthen voting rights – restoring the full protections of the Voting Rights Act, expanding early voting and vote-by-mail, implementing automatic voter registration, ending gerrymandering and making Election Day a national holiday, among others. When nearly two-thirds of the electorate did not vote in 2014 midterm elections, it is clear we need radical change to bring more people into the political system. Our democracy cannot be truly representative unless elected officials hear from all their constituents, not just the wealthy and the powerful.

Returning to a government of, by, and for the people – not the billionaires and giant corporations – will not be easy, but it is one of the most important missions of our time, to save our democracy.